Creaza is developing and growing ;-)

It has been a busy time since BETT 2010 for Creaza. We have been developing a lot and travelling a lot. 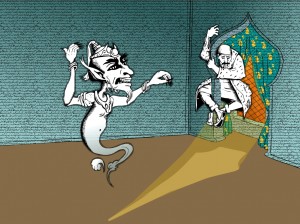 Creaza has been visable in Helsinki, Trondheim, Lørenskog, London and Lillestrøm doing meetings, conferences and presentations for different people within the educational systems in the different countries. All people and places very successful, interesting and providing Creaza a lot of feedback from existing users and potential users.

Creaza is translated into 6 languages in addition to Norwegian of course. Try English, Swedish, Finnish, Danish, Dutch, and German. Creaza is being used in all those languages and all over the world. There are people using Creaza in Quatar, Jordan, South Corea, Russia, Spain and way up north in Norway in the city called Hammerfest.

Together with Fronter Norway and the City of Oslo we are doing an exciting small project with 8 schools using Creaza towards the goals in the Norwegian curriculum. Students from the age of 7 to 17 is participating along with their teachers. The project is running until summer 2010. On monday we have a kick-off with the teachers running each schools project.

March 16th to 18th Creaza will be in Cologne in Germany together with Fronter Germany on the "didacta", a large K12 conference. We will do presentations every day on the stand and also have a seminar. Visit us at Halle 10 Stand C001.

Creaza was shortlisted for the BETT Awards 2010. We didn`t win in our category, BBC did. Congrats.. Still we have gotten the feedback from the judges. Very good. We are happy about the feedback and our developement had started in the same directions long before the feedback. The judges said:

Your entry was chosen as a finalist for the following reasons:
The judges were asked how your entry could be improved. Here are their comments:

Would you be surprised if the last comment of improvement would be realised? We would not. We are thinking and planning for a 5th tool. Combining the 4 other tools and a lot of more possibilities. More to come on that ;-)

IF we make it. Creaza 3.1 will be released by the end of week 11. How many layers of video and audio do you want? Arabian nights to be released. Berlin movieclips in the World Cities thematic Universe. A lot of new content and functionality will be released. Of course we will inform you all about this on the Blog!